The tiny town of Almont, Colorado is where the Taylor River and the East River come together to form the Gunnison River. These rivers shape and define the small, unincorporated community of Almont. It’s a destination for boaters, hunters, fishermen and OHV enthusiasts.

The first permanent settlers to Almont were the aptly named Fishers, and the town bore their name until 1881. Then, it was named Almont in honor of the leading Hambletonian stallion of the century. During the mining days, Almont was a railroad junction for transporting ore from camps. As the mines closed down and the railroad moved out, Almont went back to its fishing heritage. Many of the old mining settlements still exist. Scenic drives to visit Pitkin, Tincup and Ohio City are a great way to revisit that history. 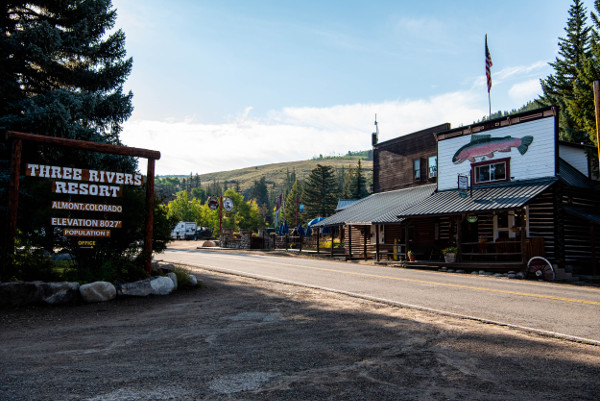 Most of the Gunnison Valley’s whitewater outfitters are based in Almont. The Taylor River above and the Gunnison River below offer great rafting and kayaking. Beginners will be most comfortable hiring a guide. Experienced boaters should stop into a shop, but may be able to run it themselves.

For those who prefer flat water, Taylor Reservoir is a nearby lake. This picturesque reservoir is framed by the Collegiate Peaks. The 20-mile drive from Almont to Taylor Reservoir along County Road 742 is one of the most beautiful drives in the valley—and around here, that’s really saying something!

The fishing is as good as the rafting in Almont. Be sure to stop in at one of the fly shops before you go. You can pick up supplies, buy your license and ask about private water. If you’re not sure of where to fish, hiring a guide for a wade trip or a float-fish trip is the way to go. 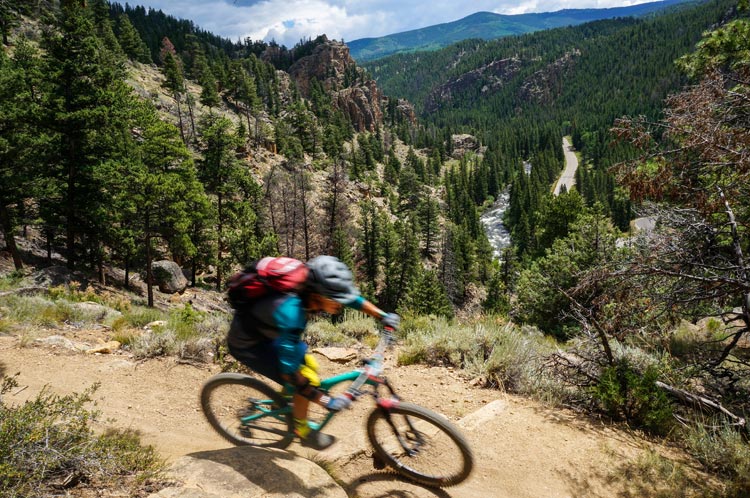 The Gunnison Valley is known for its mountain biking. Almont is no exception. Doctor Park trail is among the best downhills in the state and is a few miles up the Taylor Canyon from Three Rivers Resort and Almont Resort. It boasts a six-mile downhill section with just 50 vertical feet of climbing in the middle. Perfection. Enough, by itself, to justify a trip. More mountain biking can be found in the mountains above the Taylor Canyon. Most of these trails are shared with dirt bikes and they connect to dirt mining roads offering great terrain to explore on ATVs. If you’re looking to explore the Gunnison Valley by OHV, Taylor Park should head your list.

We would be remiss if we didn’t mention the wildlife viewing, because it’s spectacular. Herds of Rocky Mountain bighorn sheep are frequently spotted licking salt along the roads. Bald eagles spend their winters near the Roaring Judy Fish Hatchery. Their return every fall is welcomed by locals and visitors alike. The few moose who make the Gunnison Valley home often hang out in Taylor Canyon and on Cottonwood Pass.

Staying in Almont is a peaceful escape. Many lodges and cabins are situated along the Taylor and Gunnison rivers. Sip a drink from the deck and watch the water flow by.

Almont might be small, but it boasts some of the best home-style American food in the valley. Come hungry!