The town of Crested Butte, Colorado is often described as a surf town in the mountains. It’s one of those places where you can go and just relax. Stroll up and down Elk Avenue, the town’s main drag, and check out the shopping, galleries, and more good restaurants and bars than a town this size normally has. Crested Butte, which is part of the region of Colorado known as the Western Slope, is located about 30 miles north of Gunnison on Highway 135. Visitors make the pilgrimage to this place for its legendary mountain bike trails, beautiful wildflowers and steep skiing. 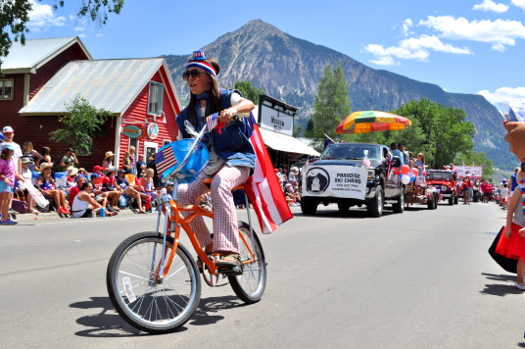 Things to do in Crested Butte

In Crested Butte, locals and visitors alike like to hit the trail (skiing, biking or hiking) or the rivers (fishing or boating) early, play hard until about mid-afternoon, and then flock to the downtown restaurants and bars to sit out and watch the world go by. Join us and strike up a conversation. You will probably make some new friends and hear some great stories! 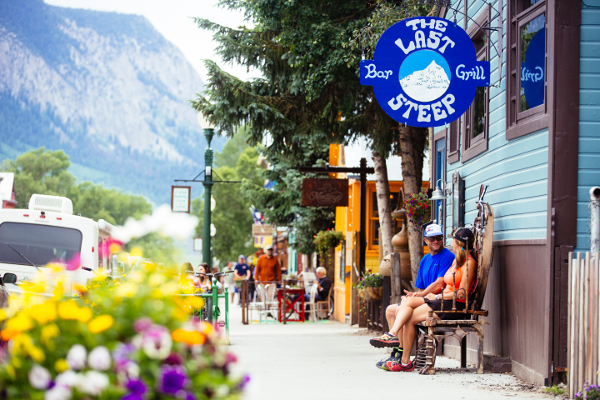 While alpine skiing and mountain biking have put Crested Butte on the map, it’s more than just a recreation town. Crested Butte is the official Wildflower Capital of Colorado. The Crested Butte Wildflower Festival offers a summer full of wildflower tours and lessons on how to photograph and paint the flowers, with the largest concentration scheduled during the annual Festival in July.

During the summer months, there are many indoor and outdoor concerts. Several festivals happen each season. Check out our events calendar for concerts, festivals and more!

Crested Butte is host to an array of bed-and-breakfasts that are cute, cozy and historic. Staying in any type of hotel or vacation rental in Crested Butte will put you smack in the middle of the downtown scene. Restaurants, bars and all the rest of the fun things to do in downtown Crested Butte will be within walking distance. Choose from an array of lodging types. No matter where you stay, you’ll gain an intimate experience in this quirky town.

Choose from a wide array of restaurants in Crested Butte. From Asian fusion, to traditional Italian, to French fine dining, Crested Butte has almost any type of food or ambiance you’re looking for. You can find cocktail bars, coffee shops, pizzerias and more, all in just a few blocks. Whether you’re hungry for breakfast, lunch or dinner, there’s a restaurant in Crested Butte for you.