Crested Butte is the Wildflower Capital of Colorado. If you find yourself here before the height of the season, July-August, you’ll find there is still plenty of color around the valley. If you’re wondering what some of the most common early-season blooms are, we’ve put together a handy guide for your adventures. If you’re looking for more specifics we have a blog post for Hartman Rocks wildflowers. We’ll also release several more posts over the season of some of the later blooms.

Silvery Lupine might be the most ubiquitous flower in the entire valley. One of our more famous trails is even named Lupine, and is a fantastic ride between Crested Butte and Mt. Crested Butte. Look for Lupine down in Gunnison starting in late May and further up the valley starting in June. They love sunshine, so any open areas will house tons of the flowers. 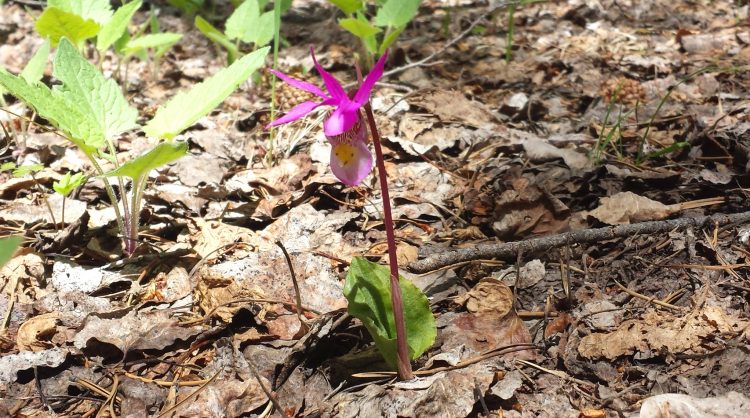 The Calypso Orchid may be the hardest of the early-season wildflowers to spot. The reason for this is their choice habitat is very specific. They prefer mid-elevation evergreen forests without too much moisture. If a Calypso Orchid is on your tick list the best place to search for them is in Cement Creek or Taylor Canyon near small creeks. Although they are sometimes found growing in clumps, it’s far more common to find just one or two. 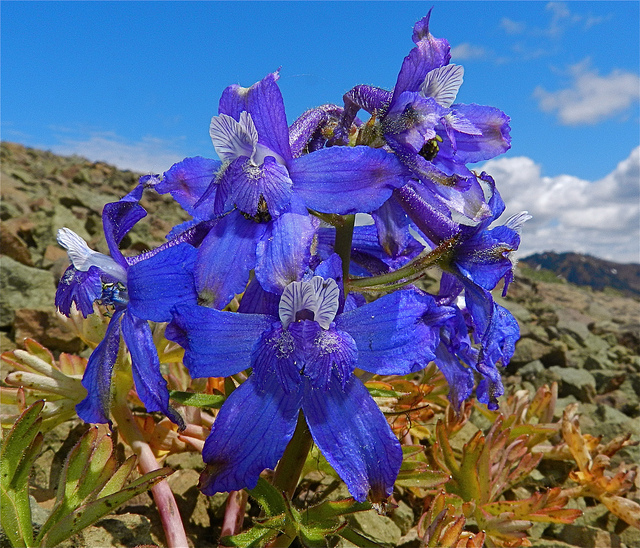 Larkspur is very common throughout the Gunnison Valley, and the Rockies in general. Toxic to livestock, it is the main reason that ranchers will wait to move their cattle onto open range until the Larkspur has gone dormant for the year. This is usually sometime in August.

The Latin delphinium comes from the word for dolphin referring to the shape of the nectary of the flower. 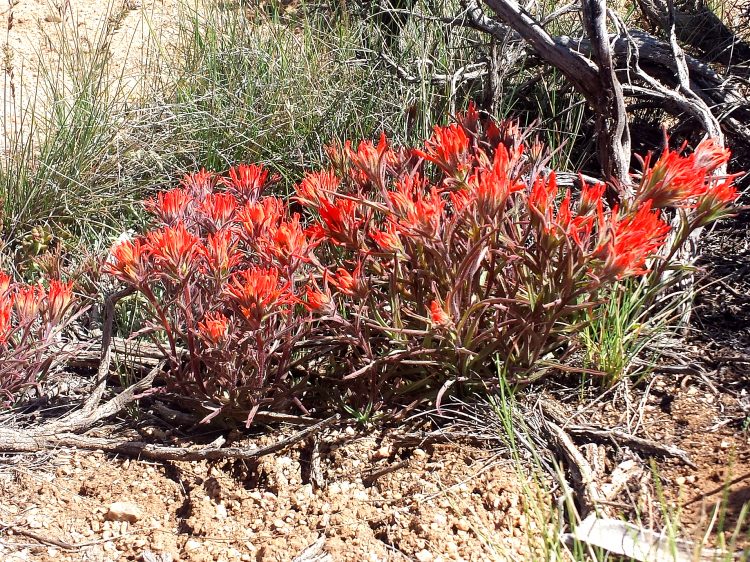 Indian Paintbrush can be found almost everywhere in the Gunnison Valley. Starting in May down in Hartman Rocks, this showy flower adds a splash of red to the granite and sage landscape. As the season progresses you’ll find Indian Paintbrush high in the alpine all the way until late August in many places. These flowers often grow gregariously and if you find one, you’ll find more in the same area. 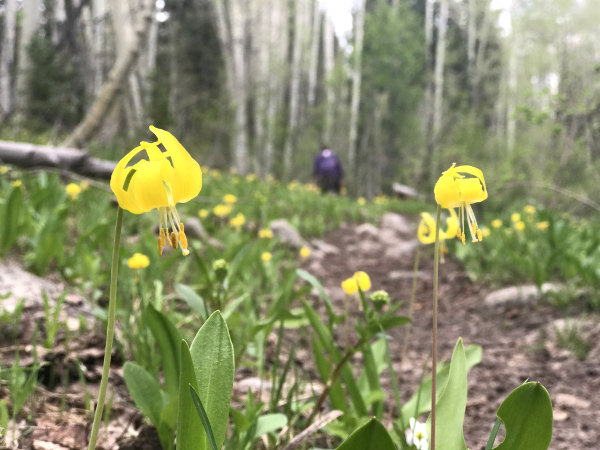 Glacier Lilies may be the very definition of ephemeral. While they are quite common, they are usually gone by the end June. The best place to find these beauties is on the trail up to Oh-Be-Joyful creek. Be careful crossing the Slate River to view them. Their flowering period corresponds to the runoff season and the creeks and rivers are often very high. 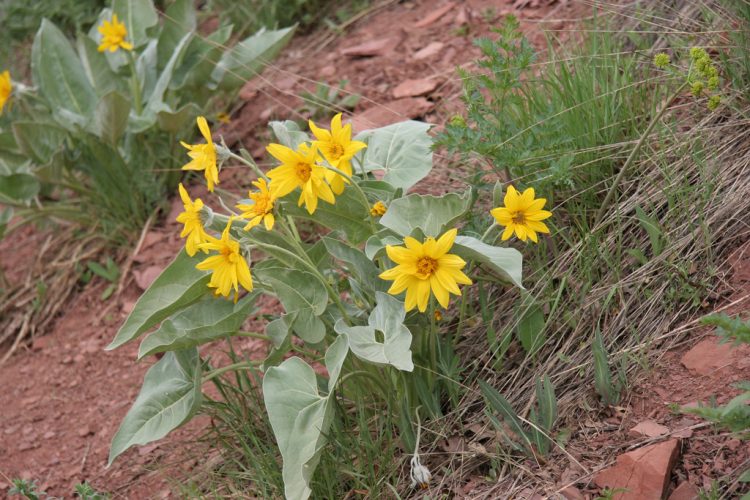 The first of the big yellow sunflowers to appear in the valley, the Arrowleaf Balsamroot is often confused with Mule’s Ears Sunflower. While there bloom seasons do overlap towards the tail end of the Balsamroot’s bloom, the best way to tell them apart is location and leaf shape.

Just like the name suggests, the Arrowleaf Balsamroot has an arrowhead shaped leaf that tends to be shorter than the Mule’s Ears Sunflower’s. Also, the Balsamroot prefers a drier, lower elevation sage habitat. You’re more likely to find these flowers in Jack’s Cabin or Cement Creek than up near Gothic or Irwin.