Visit Powderhorn: In this series of town profiles, we’ll highlight the history and current stories of several smaller towns around the valley. Some still exist with year-round residents, while others only existed for a few brief years during the mining boom of the late 1800s.

Today Powderhorn is passed through with only the notice of a couple signs as one drives Highway 149 between Lake City and Gunnison. This small ranching community in the Cebolla Creek valley has always been a little hidden from the main track, and today has about 150 residents and a post office. In years past though, it held a much busier history than today.

Unfortunately, not much is known about the Native American history of the Cebolla Creek valley and the Powderhorn region. What we do know is that several trails between the Ute wintering grounds in the Uncompahgre Valley to the west and Cochetopa Pass to the east were utilized for travel, trade, and hunting.

The Spanish also likely used these same routes to explore the Gunnison Country, and several rumors persist that a jasper mine in the Cebolla Creek headwaters was used to decorate several famous cathedrals in Mexico City. Old fort ruins and several roads were discovered when the first American prospectors and trappers entered the area in the middle 1800s.

The first town to pop up near Cebolla Creek was White Earth. This region had a history of being referred to as the “valley of the White Earth” by a geologist of the Hayden Survey, and in the 1870s the first post office was built about 3 miles from the current town of Powderhorn. White Earth served as an important stage stop until the 1880s when the post office and stage stop was transplanted 3 miles north and renamed Powderhorn. 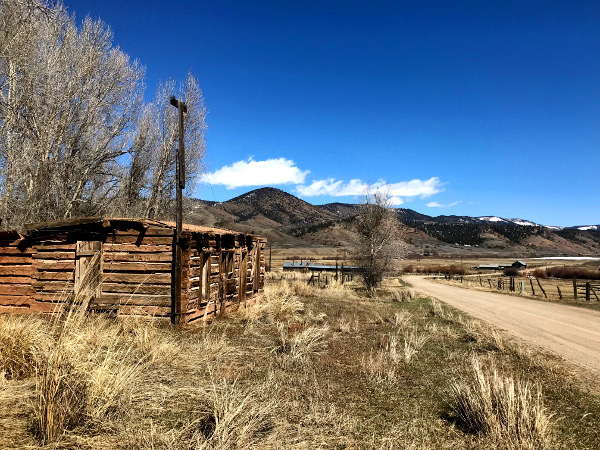 Since Powderhorn never had a railroad, its prospects have always been in flux. Early mining in the region always started out promising, but then faded out as the veins were explored. Even mines that were successful had to cart their ore out by mule to Gunnison or Sapinero to receive their profit. Around the turn of the century the Cebolla Hot Springs were purchased, and a hotel and spa were erected. A string of downturns and little interest from owners has since left the hotel in ruin, and now the hot springs are part of private ranchland just a little ways up the road from Highway 149.

The one consistency for Powderhorn has always been ranching. As Lake City and Gunnison boomed, the need for hay was in high demand. Today ranching remains the staple economy of Powderhorn. The wide open valley of Cebolla Creek is perfect for cattle and sheep as it opens up in the Powderhorn Valley. 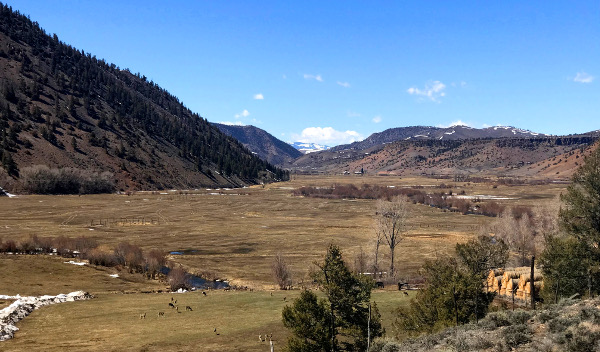 Today the most popular reasons to visit Powderhorn are fishing, prospecting, and hunting. Most of the fine fishing water is found by heading south from Powderhorn on County Rd. 27 with the first public fishing access at the Cebolla Creek Campground a few miles out of town. Moving further south towards Cathedral and the Cebolla Creek headwaters produces several other public fishing access points for an angler’s enjoyment.

Elk hunting in Unit 67, just east of Powderhorn is no picnic, but can be very successful with a good guide and scouting. Much of this area is wide open sage moving into thick timber. Since lots of terrain is below treeline and lower elevation hunters should be prepared to chase elk in tough landscapes with limited road access. As hunting pressure increases, the odds of finding elk out in the open severely diminishes, paying rewards to fit hunters that can maneuver canyons and timber with ease.

Itching for more history of the Gunnison Valley? Check out the Pioneer Museum on East Tomichi in Gunnison (open seasonally in the summer months) or the Crested Butte Mountain Heritage Museum on Elk Avenue in downtown Crested Butte (open winter and approximately Memorial Day through Halloween).