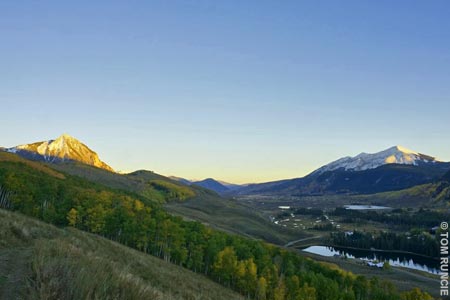 October is a time of seasonal confusion in Crested Butte. We’re caught between seasons and activities. As the weeks pass, snow levels descend lower on the peaks and the anticipation around ski season grows. At the same time, the pressure to get out and enjoy the last week or two of mountain biking and hiking in the high country is mounting. Residents are looking south to the month of great desert biking left at Hartman Rocks, but a new level of caution arises. This is not the time for an injury.

While looking forward to maximizing the time left until ski season, I can’t help but think back to a few days of amazing riding over the summer. My first ride of the year at Hartman Rocks with some visiting journalists from Germany and Brian St. George from the BLM getting to explore the new handcycle trail was a great day “in the office.” 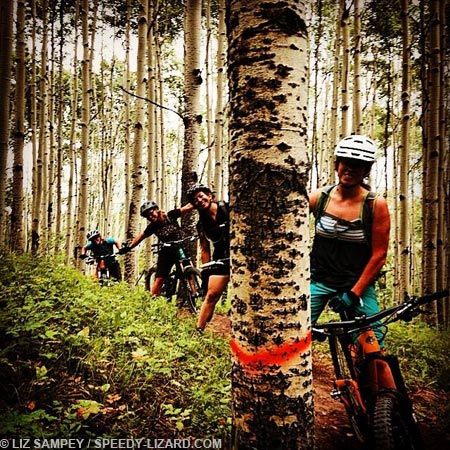 Then a ride with the Crested Butte ladies after work one Tuesday as we tried to beat a storm. I learned more tricks from those women than I had all last season, especially the importance of looking ahead when traversing a steep sidehill, something that used to terrify me. In fact, I had just taken a tumble over one three days before. Thanks to those women, including Gunnison local Liz Sampey just back from capturing the win in the Breck 100 pro mountain bike race, I now have new techniques that make me more comfortable and powerful on my bike.

One of my favorite days on the bike this summer was in early August when we took a day to capture the beauty of the 403 trail during peak wildflower season. We loaded up the bikes in the truck in the early morning light and headed up to the top of Washington Gulch to start up the 403 trail. The farther along we rode, the more varieties of flowers we saw. Yes, we were there working at a photo shoot, but it felt more like a morning out on the trail with my girlfriends. We rode back and forth through the flowers, pushing hard on the uphills and enjoying the flow on the downhills, grinning the whole time. 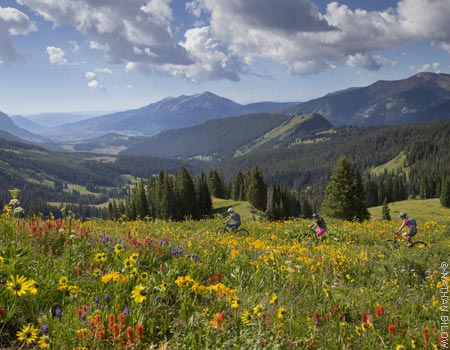 Around the same time, Polar Explorer Eric Larsen was here enjoying the trails in Crested Butte after finishing a tough expedition to the North Pole. The video he created called “Thoreau + the 401” captures the essence of riding in Crested Butte through our fields of flowers on one of our best trails, the 401. Even though I am antsy to get my skis (Nordic and Alpine!) out for the year, I can’t help but look back fondly on exploring the trails on my bike.

Now the flowers are done blooming for the season and our peaks have a dusting of snow. Finding the right trail to ride is getting harder, but it’s worth it. When you find a trail that gets enough sunlight to not have a dusting of snow, but you can see the white peaks above and the golden aspens below, you truly find paradise. So instead of feeling pressured by the anticipation of winter or the limited time left on my bike, I’m trying to relax and just enjoy the now. This in-between time is brief and beautiful and it’s a shame to wish it away.