Visit Whitepine: In this series of town profiles, we’ll highlight the history and current stories of several smaller towns around the valley. Some still exist with year-round residents, while others only existed for a few brief years during the mining boom of the late 1800s.

If you’ve ever entered the Gunnison Valley over Monarch Pass, then chances are you’ve passed by a little road leading to Whitepine just as you hit the valley bottom along Tomichi Creek and before you get to the gas station in Sargents. These days most of the ghost towns in the Gunnison Valley have succumbed to the elements or have been repurposed, like Gothic, for other uses. Whitepine is one of the few that remains in its natural state, mostly due to the fact that it outlasted many others and remained a mining town until shortly after World War II. 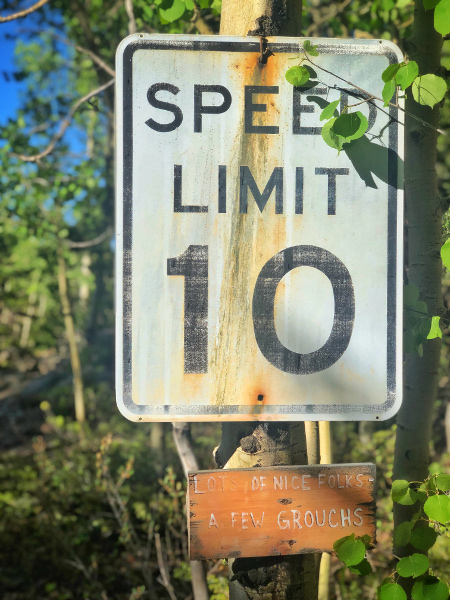 Lots of Nice Folks and a Few Grouchs

In 1878 R.E. McBride and the Boon Brothers came over the Divide and started a mining camp in the headwaters of the Tomichi named Whitepine. A year later, word had spread and during the mining season of 1879 men and supplies began streaming into the Tomichi headwaters.

While Whitepine was never a “boom town” in the sense of the words used to describe other mining destinations in the Gunnison Valley, it was profitable. At one point over 1000 miners lived in and around the area staking claims and working their mines. Three major hotels, two sawmills, a post office, and three saloons kept the miners and visitors to Whitepine happy, fed, and housed.

As was the case with many mining towns in Colorado, the Silver Panic of 1893 brought life in Whitepine to a halt. By 1910 only ten or fifteen people lived in Whitepine and the place had started its first life as a ghost town. 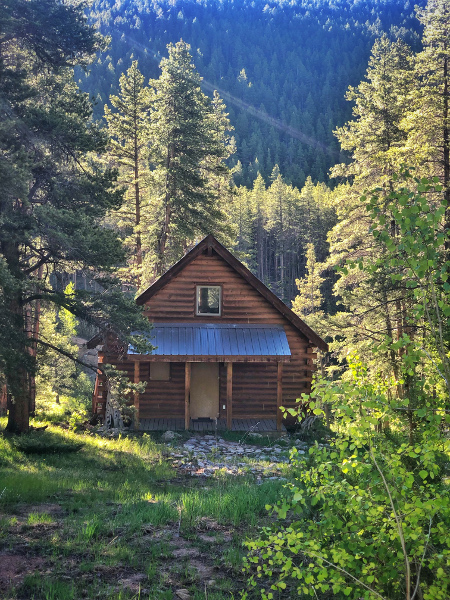 World War I and II brought a bit of life back into the sleepy headwaters of the Tomichi. Desperate need for valuable ore brought the town out of ghost town status when the Akron Mining Company bought several claims in 1902 and ramped up production throughout the Great War. During WWII the workings owned by Akron were once again resold, this time to the Callahan Mining Company.

The Callahan Mining Company shipped lead, zinc, and copper across the Divide for the war effort, and started a development boom with new housing for its miners, and a mill built in 1947. Sometime during their ownership in the 1940s they also brought in a 1,800’ tow rope and engine and cleared a small ski hill just behind Whitepine. Things didn’t last long though. By 1953 Whitepine was once again a dot on a map and a ghost town.

Today there are a few cabins that are primarily used during the summer. Winter access is by sled or ski only. The cemetery still lies within town and about 35 people are buried there. Visiting the ghost town by bike while riding the Canyon Creek Loop is probably the biggest draw of visitors that the town has seen since 1953. Riding bikes, ATVs, or dirt bikes on the surrounding trail systems between Waunita, Pitkin, Monarch, and Taylor Park are all popular activities still, though many of the old roads leading across these passes have fallen into disrepair from rock and mud slides in recent years. Old Monarch Pass Rd. is probably the best maintained of these, and it’s a great bypass to US 50 over Monarch Pass if you have the time and inclination to see a different side of the Divide. If you’re interested in visiting then take a turn on County Rd. 888 from US 50 and drive about 10 miles up the road until you reach Whitepine. 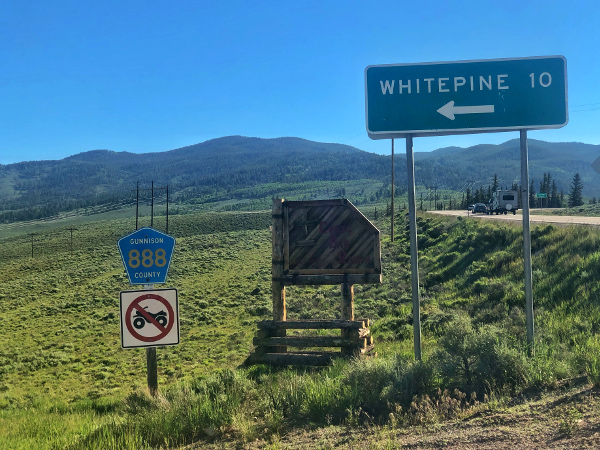 One Response to Town Profiles: Whitepine