TAPP Who? Here’s an Introduction

The following editorial by Tourism and Prosperity Partnership communications manager Andrew Sandstrom was first published in the Dec. 5, 2019, edition of the Gunnison Country Times. It is the first installment of a five-part series. 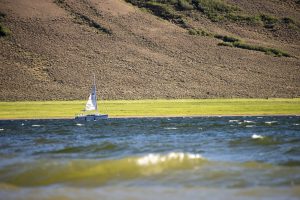 When the Tourism and Prosperity Partnership (TAPP) hired a new marketing director in October, he was quick to report that a majority of the folks in the county that TAPP serves did not seem overly familiar with what TAPP is and does. Considering TAPP has seen an expanded mission and, relatedly, a new name in the last year, the misunderstandings made sense. Allow me to explain.

What is TAPP? Why did its board of directors change the name of the Tourism Association? How is the annual budget spent? This is the first of a five-part series that I hope will explain the diverse mission of TAPP and the current strategies being deployed to support tourism, economic development, sustainable tourism and Western Colorado University.

To start, a bit of history on how TAPP came to be. In 2002, Gunnison County voted to adopt the Colorado state statute to create a Local Marketing District (LMD) tax. The 4% tax is paid by any visitor who rents a room within Gunnison County for 30 days or less. Lodging taxes like these aren’t just found in Colorado and are used to fund tourism initiatives in many states. The Board of County Commissioners (BOCC) acts as the LMD Board and allocates these funds on an annual basis. Since its inception, the Gunnison-Crested Butte TA (renamed TAPP) has spent the LMD funds in order to drive the county’s tourism promotion efforts. Each year, the TA has gone before the BOCC and presented its past year’s results, proposed budget, and plan for the following year.

For the first 12 years, LMD collections hovered around $1 million annually. Sensing a need for a fresh start, the BOCC sought new leadership for the TA in 2014. The new TA moved away from a “something for everyone” approach to marketing and instead chose to focus only on areas where we as a valley are most competitive. After researching our valley’s products, the TA’s board of directors and staff chose mountain bike trails in the non-snow months and steep skiing in the snowy months as our most competitive assets. Since realigning the strategic marketing focus, LMD collections have nearly doubled in the last five years to just over $2 million annually.

With growing LMD revenues, the BOCC began to explore other ways the state statute allows these funds to be spent. In 2018 and 2019, the BOCC asked the TA to involve itself beyond tourism marketing and into three additional areas: economic development beyond the tourism economy, sustainable tourism, and Western.

With these added responsibilities, the TA changed its name to the Tourism and Prosperity Partnership (TAPP) and updated its mission to better reflect its wider focus.

The newly stated mission of TAPP is to leverage the Local Marketing District and grant monies to grow overnight visitation revenues. TAPP will also diversify and develop our economy in a sustainable manner through leadership on the Sustainable Tourism and Outdoor Recreation Committee, support for Western Colorado University, and the creation of entrepreneurial opportunities (e.g. ICELab). As such, TAPP will grow prosperity and opportunity for Gunnison Valley residents.

The next four installments of this series will take a deep dive into the strategies TAPP is using and how success is being measured in the efforts to sustainably grow the prosperity of Gunnison County.

Because it has been on the charter since the beginning, for round one we will discuss the tourism marketing portion of TAPP ‘s duties. Check back in early January for that column.

Andrew Sandstrom has worked as the Communications Director for the Gunnison-Crested Butte Tourism and Prosperity Partnership, formerly the Tourism Association, since January 2017.