Voxare Meets The Man with a Movie Camera 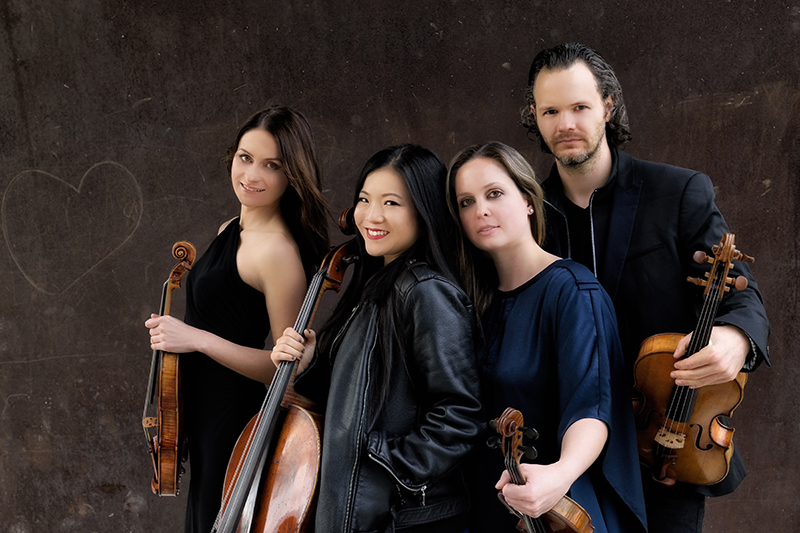 Voxare Meets The Man with a Movie Camera

The powerful Voxare String Quartet plays its own soundtrack of masterpiece Soviet repertoire to accompany the 1929 silent masterpiece, The Man with a Movie Camera. Initially regarded by contemporaries as “pointless camera hooliganism”, The Man With a Movie Camera is now regarded as one of the greatest films ever made.

“With rustic melodies made edgy through piquant harmonies, and in passages of turbulent mechanical chugging, the music neatly corresponded to Vertov’s jumpy barrage of images. The members of the quartet, seated in darkness to one side of the stage, played with precision and passion.”
– The New York Times

“I was immediately impressed with the sheer size of Voxare’s sound, huge and luxurious in quality.”
– Boston Musical Intelligencer

“The Voxare Quartet is rising fast.”
– The New York Times

Why this is a not-to-be-missed concert:
• Screening of Dziga Vertov’s 1929 thrilling silent Soviet masterpiece, The Man with a Movie Camera with live music
• British Film Institute voted The Man with a Movie Camera the 8th greatest of all time
• Voxare created soundtrack that includes music from the same place (Soviet Union) and time (1st half of 20th century)
• One of the most exciting projects in music

Who is Voxare?
• One of the most acclaimed young string quartets in the country
• 1st violinist and violist are new Artistic Directors of CBMF
• Based in NYC
• 4 Juilliard graduates