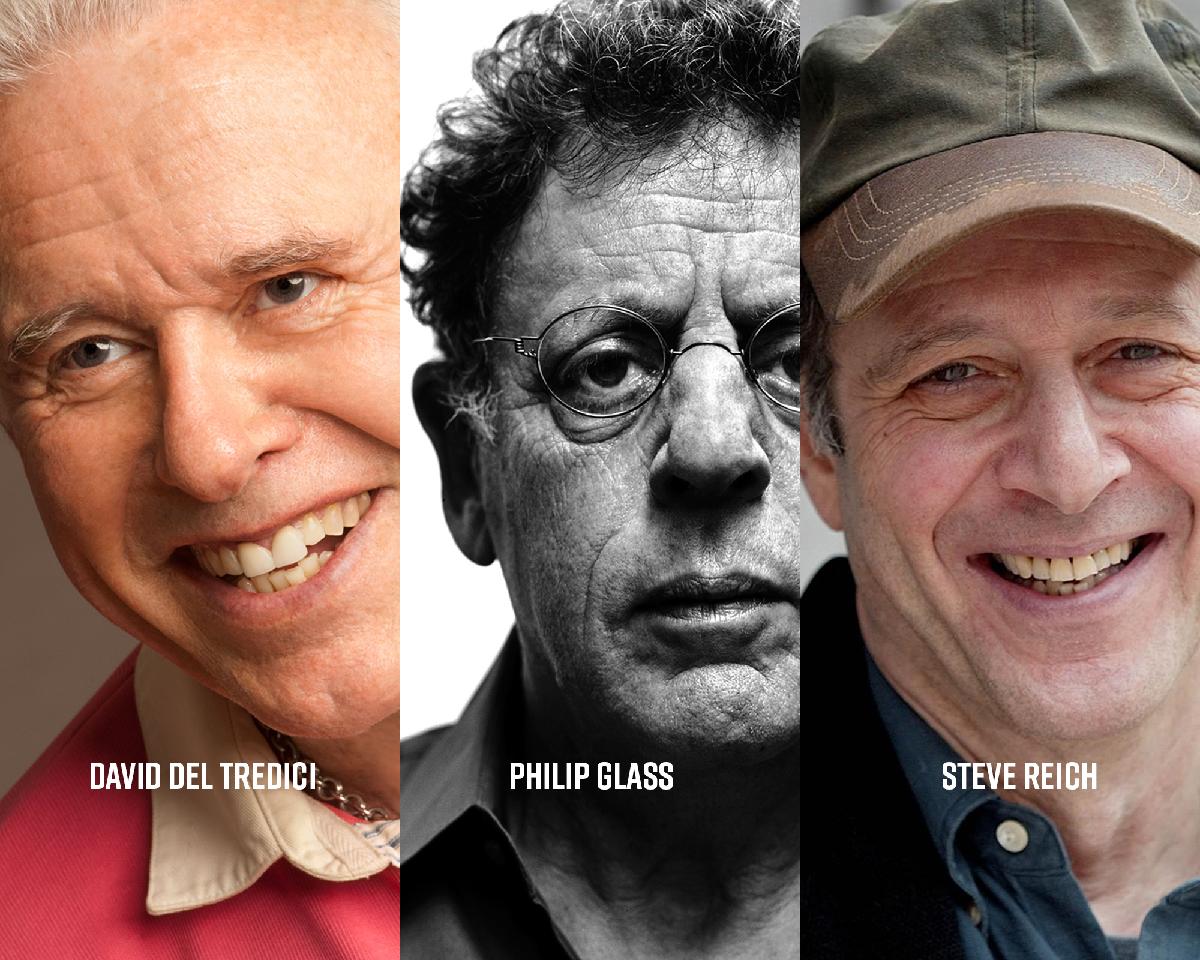 Celebrate the birthdays of newly minted octogenarians and composers that changed the course of musical history – Philip Glass, Steve Reich, and David Del Tredici. These composers were responsible for reviving the tonal tradition incomposition after the mid-twentieth century’s fascination with atonality and serialism. In addition to hearing music by each of the composers, you’ll learn a work and perform it as a group!
Why is this a special concert?
• What an amazing chance to celebrate three of the most influential American composers of the twentieth century
• Expand your horizons – even if you think you dislike twentieth-century music, we think you’ll really like the music on this concert! Give it a shot!
• You get to perform as a group!
What if I hate “new music”?
When you think of “new music” (and your dislike for it), it probably stems from mid-century serial or atonal compositions (think cacophonous and spiky). Well, if you hate that music then you’re in luck with this one as these three composers were instrumental in returning the compositional idiom to its tonal roots. (In fact, David Del Tredici, the founder of neo-Romanticism, is famous for wearing a t-shirt that says, “Tonality lives!”) We promise that the music performed on this concert will be accessible, beautiful, and above all, enjoyable!
+ Google Calendar+ iCal Export