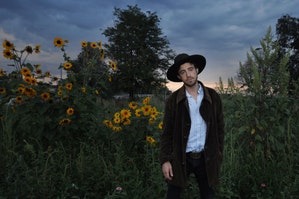 Gunnison Valley native Jackson Melnick AKA Jack Gwydion’s debut LP At the Foot of Heart’s Mystery (Tipperary Record Co.) brings together some of the country’s finest young bluegrass and Americana musicians. He already made a splash with his self-released version of the record, which garnered praise from American Songwriter Magazine, “the mountainous landscape works itself into [his] songs”. The songs- some catchy, some introspective, others both- all have to do with the rural landscapes that shape life out of doors. Now touring nationally with his five pieced roots-americana band, and putting on a live show that captures the heart and leaves the best kind of poetic taste behind, Jack Gwydion announces the good news.
tbd – (Set time: 5:30 PM)
+ Google Calendar+ iCal Export