I Draw Slow in concert at the I Bar Ranch 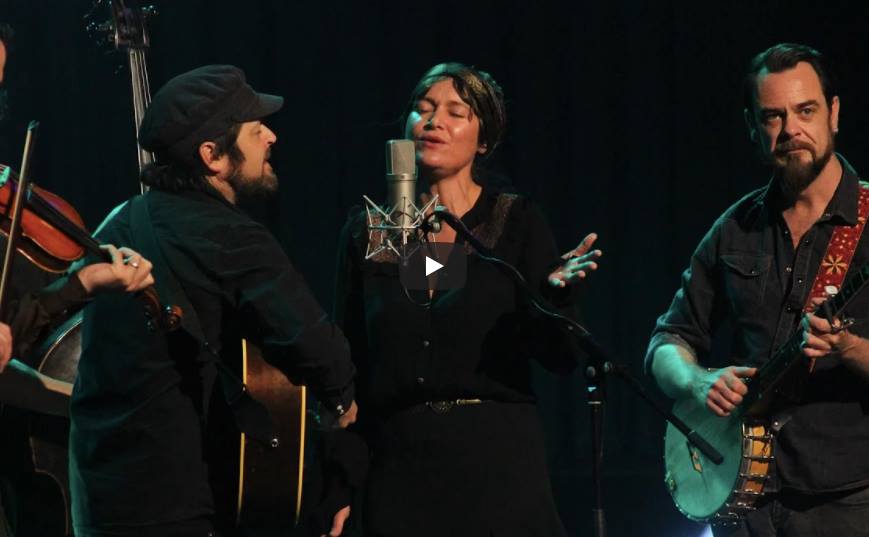 Castle Creek Guitars Summer Concert Series Presents: I Draw Slow
All General Admission shows are first come first served for seating so please plan on arriving early! There will be food & cash bar available for purchase. No outside food or alcohol may be brought in.
The I Bar Ranch is a rain or shine venue! The venue is a converted hay barn with stage, lighting & sound.  While the sides are open to provide fresh air and scenery, there are curtains that can be closed for inclement weather. Please prepare with extra layers!
We welcome all age of humans at the I Bar Ranch, please leave your 4 legged friends back at home!
ALL TICKET SALES ARE FINAL, no refunds or exchanges
Onsite camping available after each show, $10.00/person
I Draw Slow coaxes the past into the present with original songs that draw from the best of Irish storytelling and American folk music. Dublin roots band I Draw Slow have been consistently honing their craft over the course of the last 10 years. They have been selling out venues in Ireland and releasing their records to critical acclaim. However, they haven’t only focused here. It’s been five years since the 5 piece band made their debut US appearance in Nashville, following the Number 2 Irish chart position of their second album, Redhills.

Thirteen tours and 21 states later, they’ve moved into a dominant position on the American folk music scene and are receiving well deserved recognition from some of the biggest festivals in the US.

2017 is set to be a busy year for I Draw Slow. They have just signed with Compass Records, one of the most important independent roots labels in the U.S., who also feature Ron Sexsmith, Altan, and the Waifs on their roster . Announcing the signing, Compass Records CEO Garry West said: ‘First, we noticed how they got the crowd involved in what they were doing. Their energy is truly infectious. Then we noticed that their CDs and merchandise were flying off the shelves in the festival store. That kind of immediate response is always going to get our attention! But more than anything we’ve been impressed with the strength of the songwriting, the sibling harmony and the musical proficiency of the band. They are truly dedicated to their craft.”

The band are now ready to release their fourth album, Turn Your Face To The Sun, which was funded entirely through pre-sales to a large, loyal and growing domestic and international fanbase. They’ll be setting off on their 14th North American tour this April with a Nashville album launch set for 21 April amidst a buzz of anticipation on the US roots scene. Their songs have travelled widely, enjoying regular US radio airplay from coast to coast and inspiring covers of their material by bands across the US. The tour will also include special sets at The Rockwood Music Hall NYC, and the the band were also honoured to be chosen as a 2017 Featured Act at Merlefest, the biggest Roots festival in the US – where they will perform as a part of this tour. The band are then set to return to America in June – where they will play the High Sierra Music Festival in California, then on to Boston, New York, North Carolina and finishing at the Red Wing Music Festival.

The music has also brought I Draw Slow to play in some weird and wonderful places – such as deep into the Canadian prairie after a two hour horse-drawn buffalo safari, at the residence of the Irish Ambassador to New York and to an audience of thousands at the iconic Grey Fox Festival playing with a roots collective that featured folk legends Chris Thile, Gerry Douglas and Tim O’Brien.

I Draw Slow have attracted the best of Irish talent to their video production: two of their videos (Swans, Valentine) were directed by Hugh O’Conor (My Left Foot, Three Musketeers, The Bachelor) and Aidan Gillen (Game of Thrones, The Wire, Love/Hate) starred as their eponymous anti-hero, Valentine. The band assembled the cream of the Irish burlesque scene for their breakthrough video Goldmine. Their videos have received hundreds of thousands of YouTube hits.

Part of the band’s appeal lies in their live performances, which really showcase the exceptional musicianship of I Draw Slow. The instruments and vocals blend organically on stage, giving audiences a sense of intimacy and connection to the performance. The albums are recorded to reflect this dynamic and offer the most faithful representation of the live experience. Turn Your Face To The Sun was recorded completely live with all five band members playing together in the live room for every track. My Portion, the lead track from the record, is a song about addiction? , and showcases the beautiful vocal harmonies of siblings Louise and Dave Holden.

The album, set for release in Ireland on 12 May, was written entirely by Louise and Dave. It features vocals by the brother and sister duo, with Dave also playing guitar/mandolin, Konrad Liddy on double bass, Adrian Hart on fiddle and Colin Derham on banjo. Recorded in a house in Wicklow with Brian Masterson, the album also introduces brass into the mix for the first time.

Keep your eyes peeled for some brand new videos coming your way from I Draw Slow.

‘Gritty as it is beautiful’ Country Music Television (US)

‘what I Draw Slow has created seems like a fully natural evolution’ Bluegrass Today, US