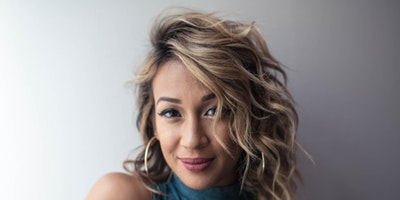 Hirie–the front woman of the exhilarating reggae band HIRIE-grew up a global citizen. Her father worked for the United Nations and she was born in the Philippines, spent years in Italy, before her family settled in Hawaii, which became her spiritual home. While in Hawaii, Hirie fell in love with reggae music, and took to the culture naturally.

On the radio, and in conversation, she would hear the exclamation“irie.” The popular reggae term is derived from a Jamaican patois, and it encompasses warmth and positivity—it’s a greeting, an affectionate term of approval, and a mindset. In these painfully complex times, we could all use some irie in our life. SanDiego’s seven-piece band HIRIE is ready to offer a global spiritual uplift. Melding the balmy island touches of its singer’s beloved home.