An Evening with Trout Steak Revival 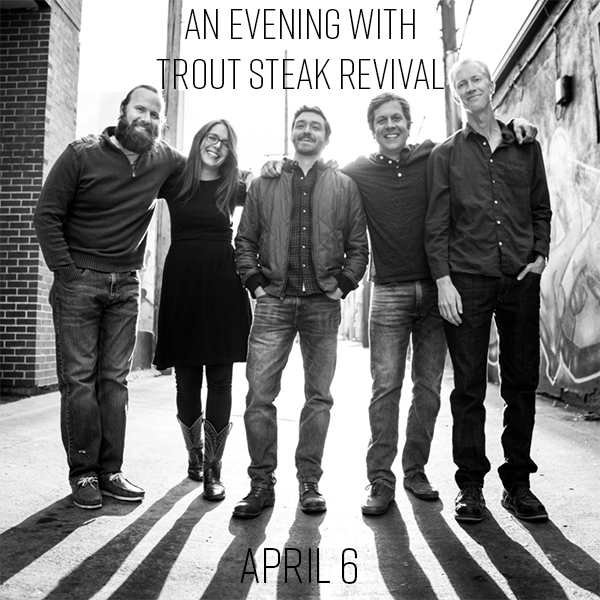 Since winning the 2014 Telluride Bluegrass Festival Band Competition, Trout Steak Revival has skyrocketed through a steady stream of awards and accolades including being named by Westword as “Best Bluegrass Band” in 2016 and 2017 and nominated for the International Bluegrass Music Association’s 2016 “Momentum Band of the Year.” They blend folk, indie, bluegrass and roots into their own style of Americana evoking a down-to-earth sound with a wholesome message. Regular Tickets $10