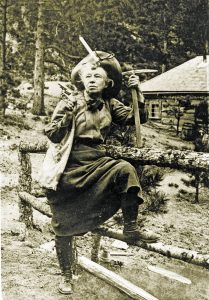 he Gunnison Country is a land of harsh beauty. This is a place that takes a special kind of person to settle and inhabit. From the Ute Indians, to the first fur trappers and the first western mining settlements to the skiers and outdoor enthusiasts of recent times. Playwrights sought! Any script based on a character that lived or lives in the Gunnison Country – whose souls have been shaped by the landscape – is open for consideration. These short plays will be presented in eight – ten minute one acts, during the 8×10 Play Festival. Cash prizes will be awarded to the top three playwrights who will be chosen by audience voting during the Festival. Visit gunnisonartscenter.org for complete play submission rules and details. PLAY SUBMISSIONS DUE: August 4th to [email protected]
Tickets: $12/adults, $10/kids(12-), snrs(60+), members.