The thaw has started and even though we’ve had a bit of snow this past week, the warmer temperatures and excursions for fishing and boating are becoming more frequent. As much as I love skiing and snow, I live here for the summers, and hopefully we have a good one on tap this year. I’m also a pretty goal-oriented person, so I like to take this time of year to put some ideas down on paper.

Since moving here my wife and I have made it a goal to hike all the trails and summits on the purple Taylor Park/Crested Butte Latitude 40 map. After two full summers we’re finally getting close enough to branch out and try a few other unmarked routes that we’ve been eyeing for a while.

The first one we’d like to knock out is hiking from Splains Gulch to Hwy. 135 in Almont, all while topping out the summit of Axtell, Whetstone, Red Mountain, and Flat Top. Part of the draw of this ridge connection is that I stare at the portion from Whetstone to Red Mt. out my front door all day long and I’ve never had a chance to see it firsthand. The primary reason this area doesn’t see a lot of use is the large amount of private property that stretches up both sides of the valley to around the 10,000′ mark. In fact at one point the only connection on public lands is about a mile wide.

Water is the other logistical issue. Flattop probably receives 1/3rd of the snowfall that Axtell does if not less. Combined with the private property that extends down to the roads on both sides, it doesn’t leave a lot of room to follow a creek downhill in search of a drink. We may well have to carry water from Baxter Gulch to the Gunnison if we can’t time this trek to coincide with the wet season.

The Raggeds Wilderness is one of Colorado’s private places and Anthracite Creek is one of its major arteries. For many years paddlers talked about paddling Ruby Anthracite into Anthracite Creek as an endeavor reserved for true hairballs. True, putting in at the only upstream road crossing in Horse Ranch Park will put you into some very scary whitewater. A few years ago some folks found that hiking in 3 miles on Ruby Anthracite Trail (#836) eliminated the scary stuff and gave boaters access to a quality Class IV wilderness run directly under the gaze of Marcellina Mountain, one of Colorado’s most prominent peaks. 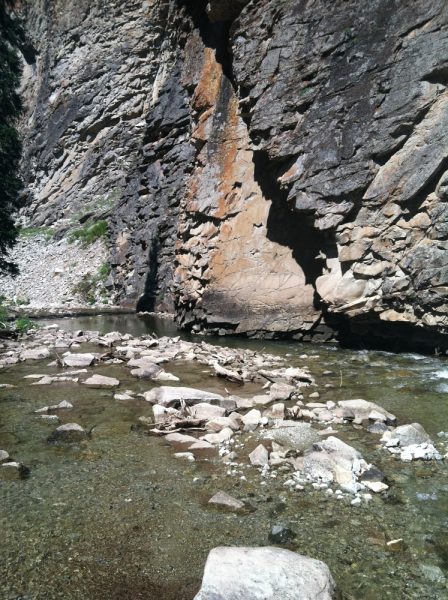 Castle and Conundrum are two mountains in the Elk Range that have summits over 14,000′. By the standard route from the Aspen side, they are two of the easier 14ers in the Elk Mountains. Climbing them from the Brush Creek/Crested Butte side makes the approach much longer, but it’s the only set of 14ers that can be climbed in the Gunnison River drainage in the Elks. The rest of the 14er routes in the Elks drain into the Roaring Fork Valley.

This one has been on my list since I moved to Crested Butte in 2014. I tried it once with a buddy and we were skunked 300′ from the summit due to our prearranged turn-around time. To pull it off this time will take a 3am start, several miles of 4x4Lo driving, a bike, 3 miles of bushwhacking, and 2500′ of exposed climbing above tree line. Once on the scrambling section, the route becomes even harder with difficult route-finding, plenty of sharp loose rock, and a couple exposed Class 3 moves to make some of the traverses. The biggest challenge I’ve had trying to complete this route is finding a partner who is into a long day and mildly sketchy scramble. This may be one that gets checked off solo this year. 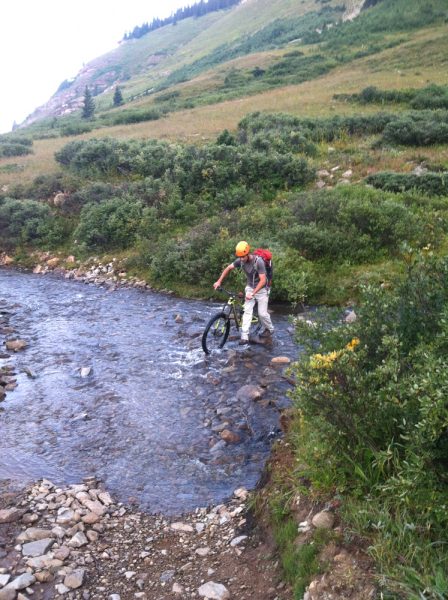