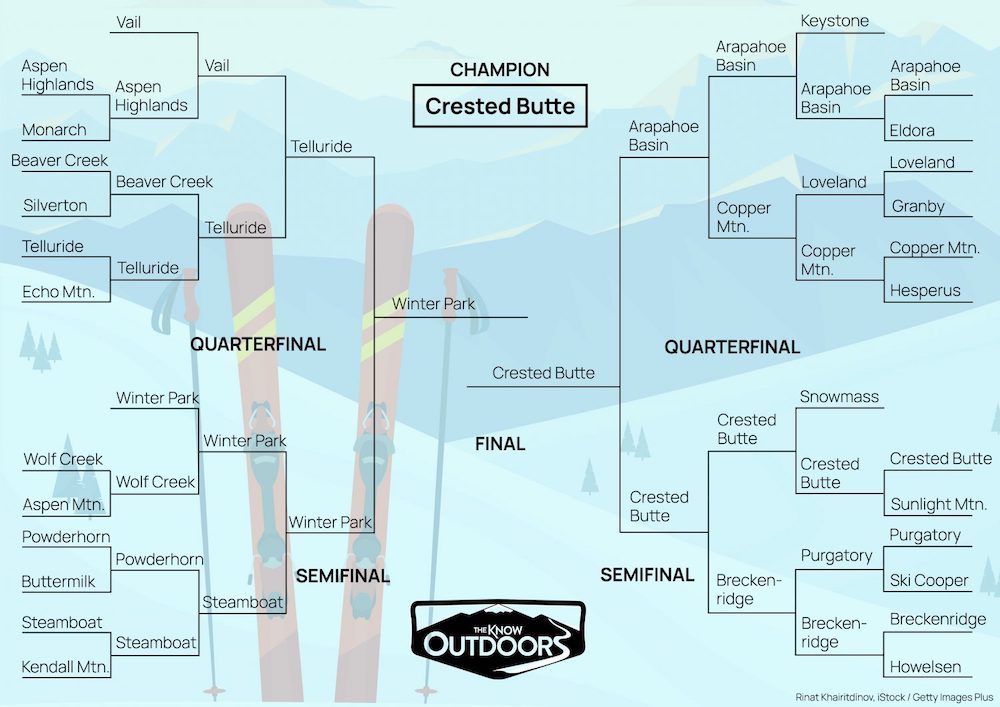 According to The Denver Post, nearly 120,000 votes were cast.

“Crested Butte now stands atop Colorado’s 28 other ski areas and can claim title to the crown of the Ultimate Colorado Ski Area,” said The Denver Post.

The idea for the Colorado-centric contest came about rather casually, according to Denver Post outdoors editor Danika Worthington:

“Our longtime outdoors reporter John Meyer just turned around in his chair and said, ‘You know what we should do …’

“It took a little bit of time to figure out how we were going to seed the ski areas. We were initially thinking of doing it by skier visits. But we chatted with Colorado Ski Country and they recommended doing it by skiable acreage.”

It was high time for the Voice of the Rocky Mountain Empire to determine: Which ski mountain is the best according to Coloradans?

“We figured the ski area championship would do well but I don’t think we quite expected it to take off as much as it did,” Worthington said. “It was fun to see more and more people get into it each week, commenting in support of their favorites or emailing to suggest that a ski area that had already been knocked off should’ve won. Sometimes it’s nice to just have a fun, friendly competition to carry you through the holidays.”

In the final hour of voting Dec. 27, Winter Park narrowed the difference from more than 2,000 votes to less than 1,000. But it was too little, too late. It was time to answer the question, “which ski resort is the best in Colorado?”

“When it came time for the finals, I really didn’t know,” Worthington said. “On one hand, Winter Park’s matchups always had the most voters. But on the other hand, Crested Butte flew through the bracket with ease.

“But it became pretty clear who was going to win on the first day when Crested Butte took the lead immediately. I was shocked! It wasn’t even close! Winter Park did have a resurgence at the end but man, it’s hard to overcome that initial lead.”